Electric vehicles are set to become the way of the future, but what does that mean for the classic kiwi ute?

In this latest article by Rodda Smithies of CSA-Charger Stations Australia, he brings up an interesting topic of why electric utes aren’t being accepted as quickly as other electric vehicles. Although based in Australia, Rodda’s sentiments in regard to the tried-and-true ute translate to the New Zealand market as well.

Something that has been bugging me lately is why don’t Aussies want electric utes? So, I thought I would shed some light on the topic.

Most posts on social media about a new model of electric vehicle (EV) attract comments that are predominantly negative, especially if it involves an Aussie icon – the ute.

As a born and bred Aussie guy, raised by a car loving father who took me to classic car shows, drag racing, motorbike racing and you name it, we couldn’t get enough of it.  I’m still the same … if it goes fast, burns fuel and makes a lot of noise then sign me up.  From 2 stroke dirt bikes to muscle cars to exotic supercars, I love them all.  So why am I writing an article on electric cars and more specifically utes?

It is quite simple.  A few years ago, I had the chance to drive a Tesla and it blew my mind. Thirty seconds into driving it I knew the days of petrol and diesel cars were numbered.  Destined to go the way of the horse and cart, only to be enjoyed by enthusiasts, like myself, on weekends, for the pleasure of it.  I will always have some gas guzzling V8 in the garage, but the daily driver’s vehicle will be fully electric. They are just better.

In Australia, we don’t yet have any choices for electric utes, but within the next 2 to 3 years that will all change. There is the Ford F150 Lightning, The Hummer EV, Rivian R1T and of course the Tesla Cyber Truck.  All these utes are reinventing the category for the better.  Sure, they may not have the same range as a diesel Hilux with an 80-litre tank that can do 800km but how often do you drive for 800km without stopping for a break?  I am willing to bet … never!  So being able to do 400km-500km in an electric ute and stop for half an hour for a coffee while it recharges is not so bad.

So, what else could be stopping people from wanting one?

Towing capacity perhaps?  No.  All 4 of those utes can tow over 4 tonnes, some even more.  Maintenance?  They are full of electronics so surely, they will cost a fortune to maintain?  Incorrect.  The average internal combustion engine has around 2,000 moving parts whereas an electric motor has only 20, sometimes less. Scheduled maintenance is almost eradicated, aside from the usual things that wear out like tyres and brake pads.  Power and Torque?  Definitely not.  These utes outpower Italian Supercars!  Functionality? Storage? Wrong again.  Due to the big batteries they all have multiple 240V outlets to power almost anything you could want when out and about.
Sometimes they have double the storage capacity of a normal car because there is no motor in the front, so you get an extra boot!  Must be all the environmentally conscious tradies that don’t want to be dumping big lithium-ion batteries around our planet! Well, there is a solution to that too.  After 8 to 10 years or so the battery is replaced in the car and the old can be reused to help power a house or a small business or in numerous other applications.  And yes, they can be recycled too.  Not perfectly right now but we are getting better at it and will continue to improve our recycling capabilities.

The other comment I see regularly is regarding infrastructure and that we are not ready.  It is true, we are not ready for every person in Australia to switch over to electric vehicles overnight.  But this won’t happen overnight and with the right investment we can easily solve the problem with clean sources of energy like solar and wind farms, hydro or even nuclear.

So why all the negativity around electric cars and especially electric utes in Australia?  They are coming so why not embrace it?

Below are some links to a couple reviews of the awesome utes we have coming our way in the coming couple years for anyone who is interested. 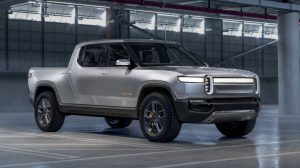 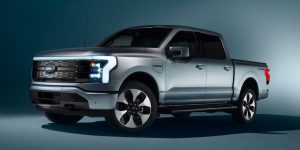 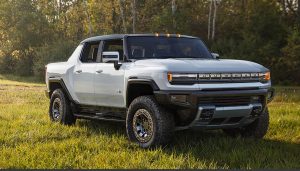 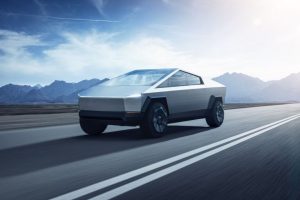