It was an early start at the 100 Symonds Street office building site for the Autotemp Heat Pumps and Air conditioning Ltd team to change out the cooling system.

The first task was to isolate, recant the refrigerant, remove the electrical wiring and pipework to the existing Refrigerant 22 DX air cooled compressor sets and remote condenser.
Next was getting the Hiab crane into position via a narrow driveway then strop-up and lift out the redundant condenser. Followed by lifting the new Airedale DeltaChillTM air-cooled water chiller into place under the watchful eyes of James Ritchie from Autotemp and Eurotec’s Alan Johnson. Both were a little nervous because of the proximity of the buildings adjacent to the chiller landing spot. But this proved no problem to the experienced equipment lifting team from Tom Ryan Cartage Ltd.

Then it was all hands to connecting the pre-installed chilled water pipework legs to the chiller on-board water pump and installing the electrical wiring. A temporary feed was run to operate the compressor crankcase heaters to ensure they were up to temperature prior to the chiller start-up. Commissioning began at 7.00am the following morning with the
chiller pumping out chilled water to the building fan/coil units merely twenty-four hours after the original cooling system was decommissioned.

The sound levels from the extra quiet Airedale unit immediately stood out as a major improvement over the replaced equipment which will be a relief to the adjacent apartment residents. 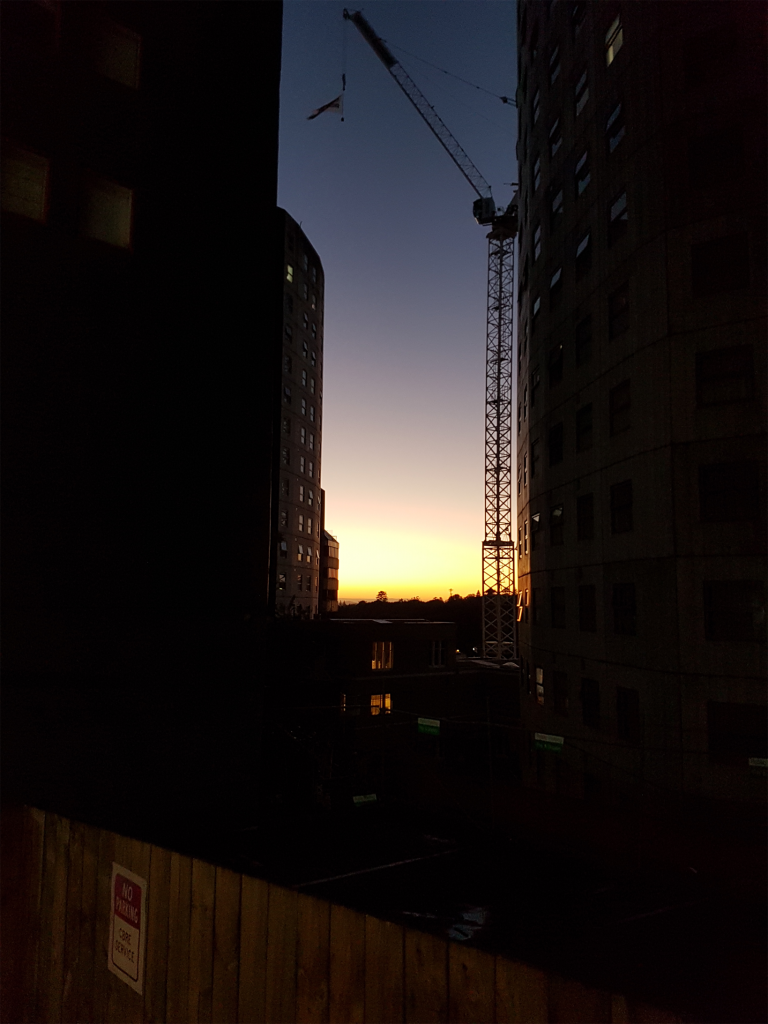 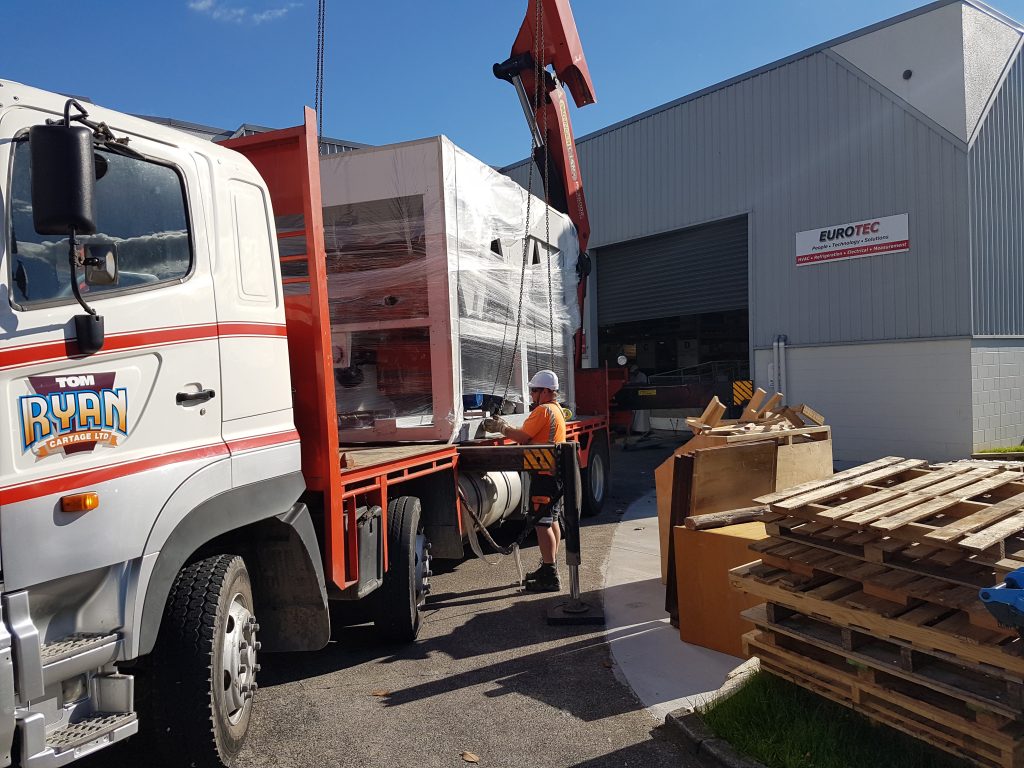 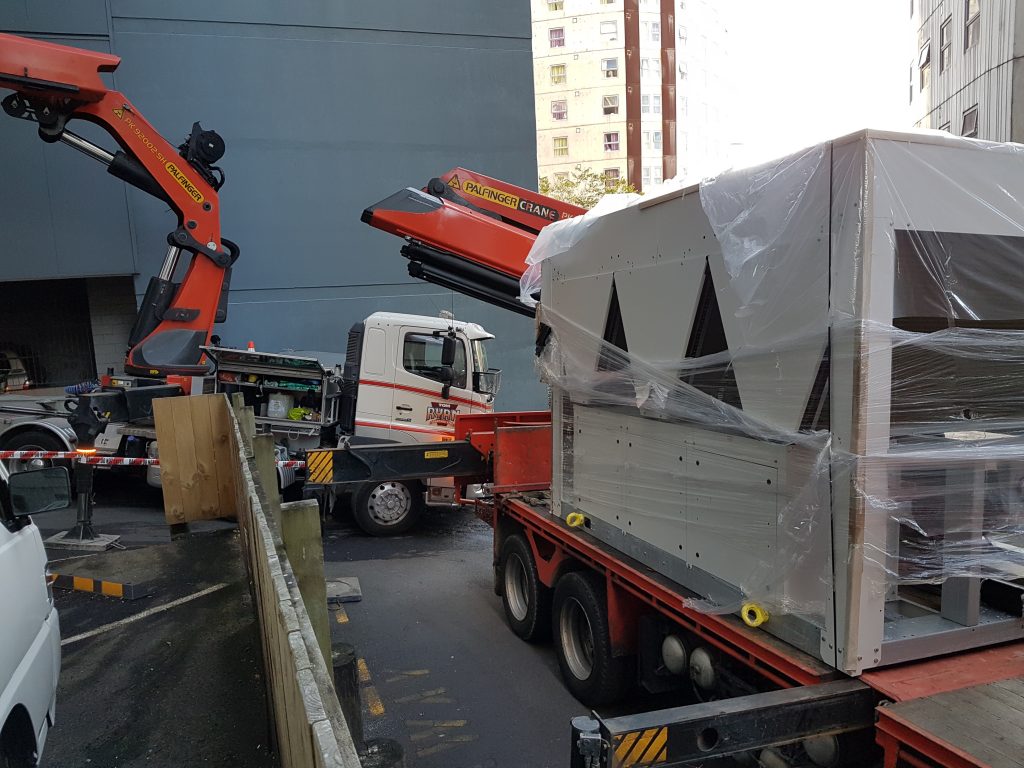 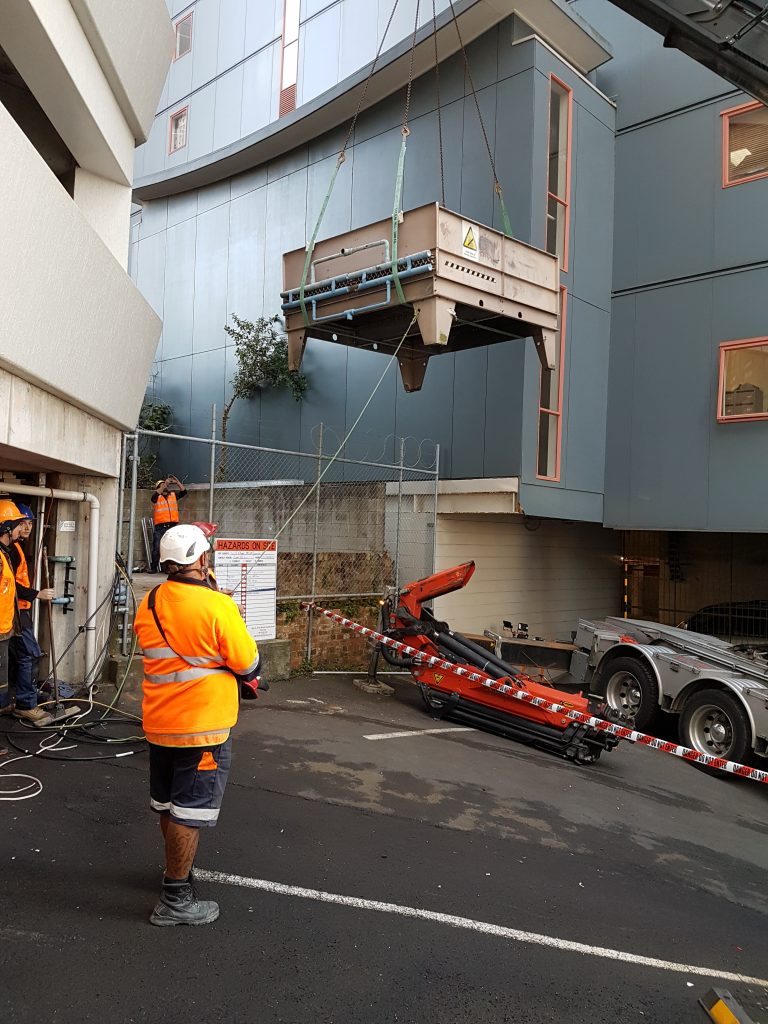 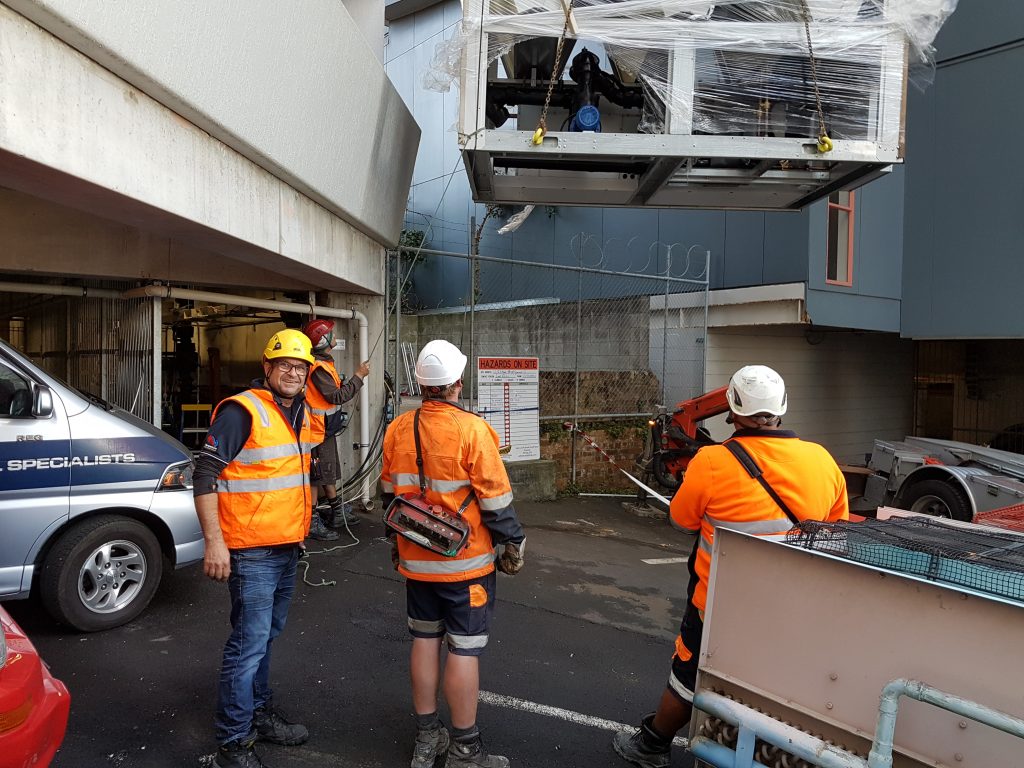 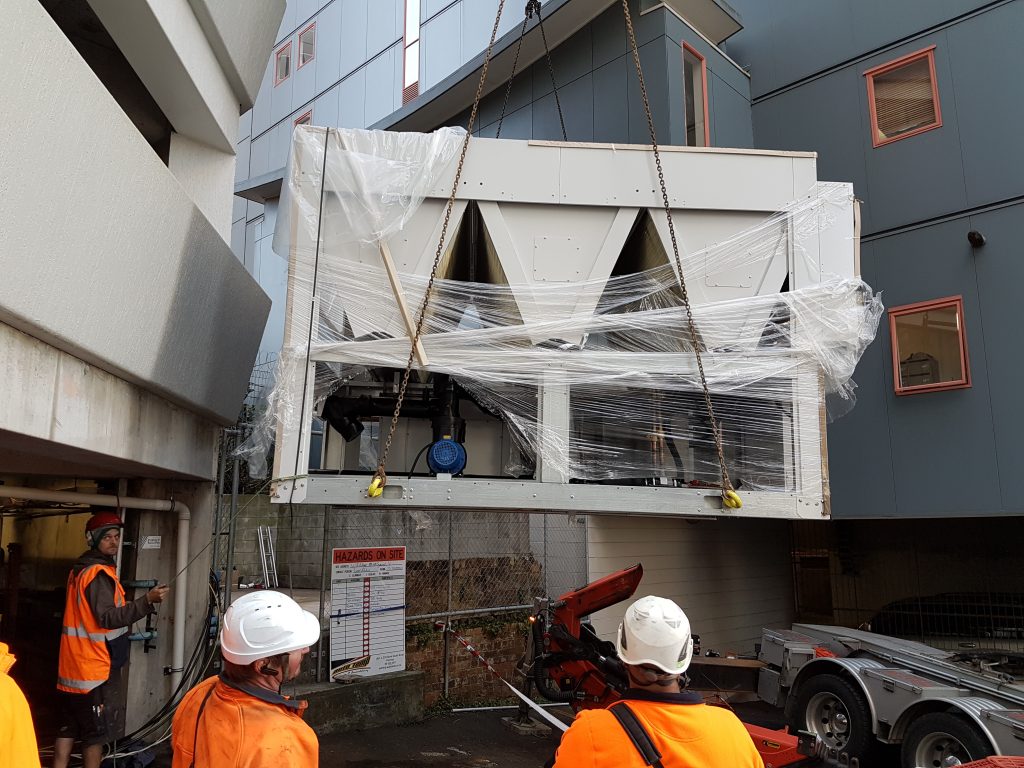 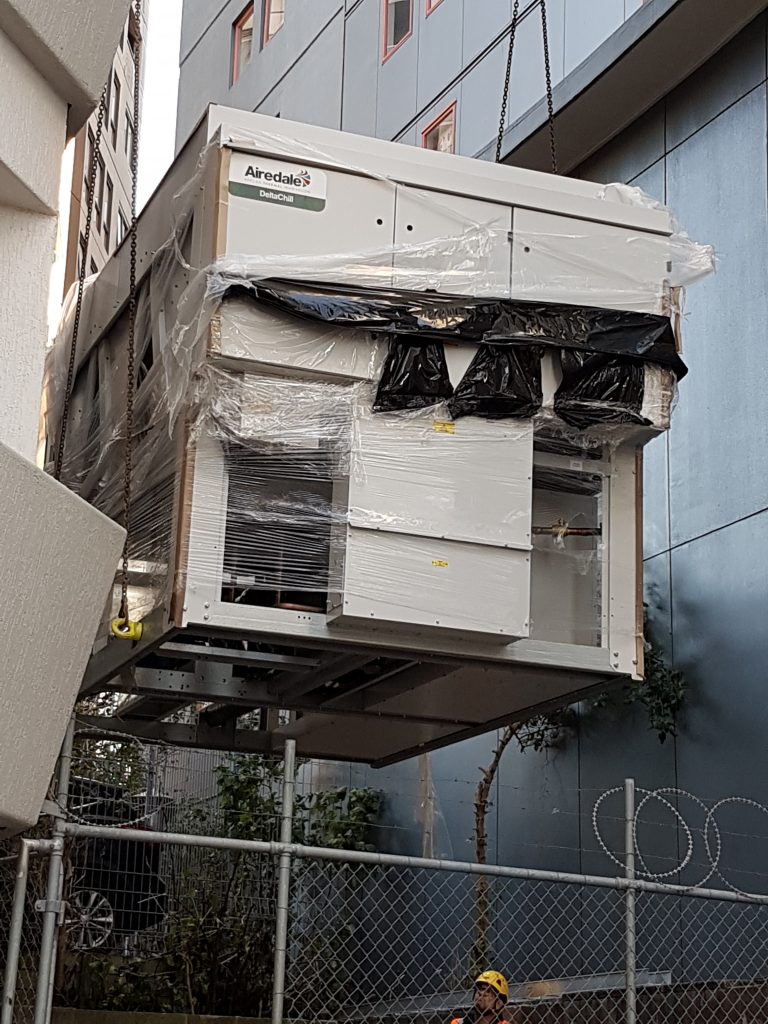 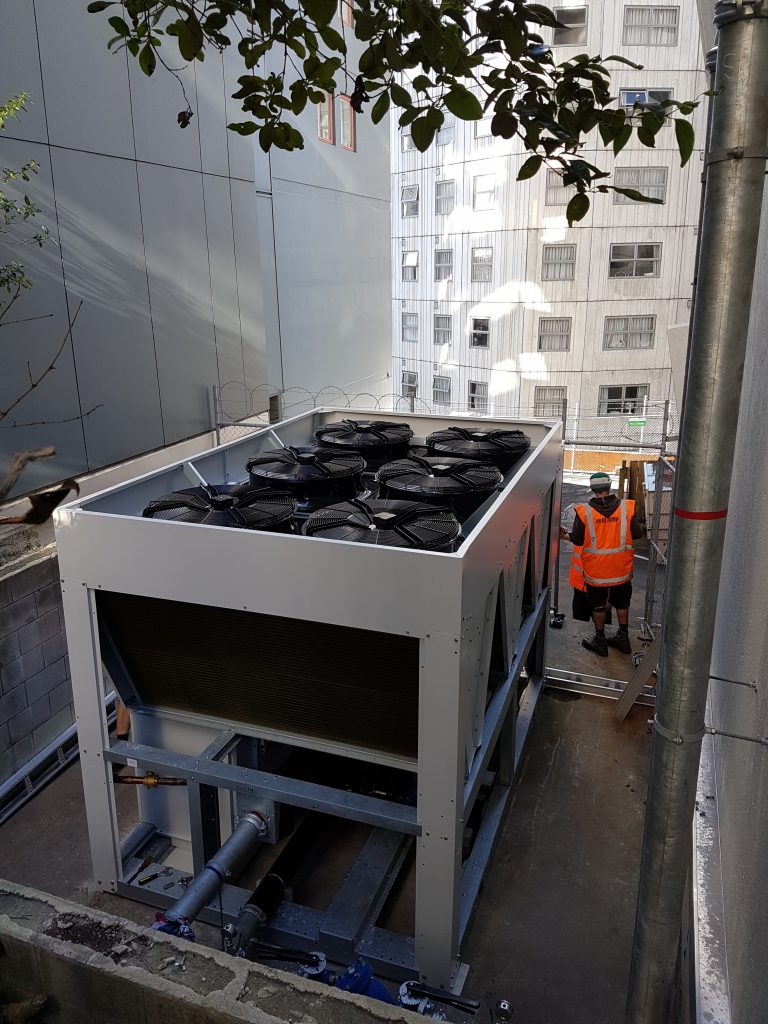